The video for this talk at KubeCon EU 2020 isn’t posted publicly yet, but you can check it out if you login as a registered attendee.

The talk is titled “How ABN AMRO Switched Cloud Providers Without Anyone Noticing.”

Some notes and highlights:

The bank will create agile teams where “product owners in business and infrastructure divisions will lead teams of technologists, using agile principles, to continuously work on products and ensure progress meets their expectations”.

It will also increase the proportion of software engineers in the workforce and better support and motivate them, as well as “reduce the burdens that slow them down.”

The strategy has four parts, according to the presentation. The investment bank wants to:

To do so, Goldman Sachs is using 45% of its $4 billion engineering budget in 2019 on investment. The other 55% will be used to run the bank.

In the financial services sector, banks are making huge investments in technology. JPMorgan allocated $10.8 billion last year and has earmarked $11.4 billion for technology in 2019. Bank of America spent $10 billion on tech in 2018.

Unlike America, where banks have a return on equity of 12%, Europe does not have strongly positive government-bond yields, or a pool of investment-banking profits like that on Wall Street, or a vast, integrated home market. All this is true, but European banks have been lamentably slow at cutting their costs, something which is well within their control. As a rough rule of thumb, efficient banks report cost-to-income ratios below 50%. Yet almost three-quarters of European lenders have ratios above 60%. Redundant property, inefficient technology and bloated executive perks are the order of the day.

And when the next downturn comes and banks need to raise capital, which investor would be foolish enough to give even more money to firms that do not regard allocating resources profitably as one of their responsibilities?

There’s much room and ability to improve the bottom line by fixing the back-office sprawl:

Costs are falling at an annual rate of about 4%, according to analysts at ubs. This is not enough. As consumers switch to banking on their phones there are big opportunities to cut legacy itspending and back-office and branch expenses. Lloyds, in Britain, has cut its cost-income ratio to 49% and expects to get to close to 40% by 2020. The digital German arm of ing, a Dutch bank, boasts a return on equity of over 20% in a country that is supposedly a bankers’ graveyard. If other banks do not do this they will soon find that they have lost market share to new digital finance and payments competitors—both fintech firms and the Silicon Valley giants such as Amazon—that can operate with a fraction of their costs and which treat customers better.

The bank has selected AWS as its preferred cloud provider with the intention of porting its production workloads, including its customer facing platforms and strategic core banking applications to the cloud.

From what I can tell talking with banks, they’re over that 2010 thing of “public cloud isn’t secure enough.” Now it’s a scramble to move their shit up there.

Source: Standard Bank contracts with AWS for mass migration to the cloud

Thus far, it seems like the large banks are fending off digital disruption, perhaps embracing some of it on their own. The Economist takes a look:

Commonwealth Bank of Australia, for instance, replaced its core banking platform in 2012 with the help of Accenture and software company SAP SE. The job ultimately took five years and cost more than 1 billion Australian dollars ($749.9 million).

Source: Banks scramble to fix old systems as IT ‘cowboys’ ride into sunset 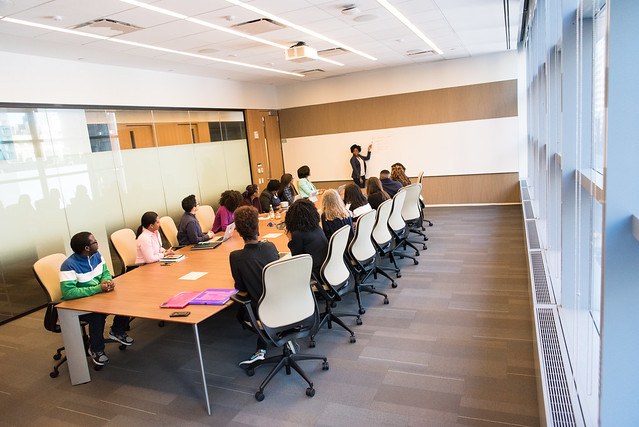 Some interesting ideas to improve debit (and credit, one’d presume) with software-driven features:

CardGuard provides additional protection against fraud, since customers are able turn their debit card “on” or “off.” When the card is “off,” no withdrawals or purchases will be approved, with the exception of previously authorized or recurring transactions. Additionally, transaction controls can be set according to location, meaning transactions attempted outside of the geographic parameters set by the customer will be declined.

With CardGuard, customers are able to better manage their spending by establishing limits for debit card purchases based on the amount of the transaction. Additional controls can be set to manage spending in different categories by enabling or disabling transactions for certain merchant groups, such as gas, grocery or retail stores.

This a good parable on what can go wrong in large organizations when incentives are not working as planned.:

But the reality seems to be messier and more boring: Wells Fargo wanted its employees to push lots of real accounts, it asked too much of them, and the employees rebelled by opening fake accounts to get the bosses off their backs. The fake accounts weren’t profitable for Wells Fargo, and no rational executive would have wanted them, which is why Wells Fargo kept telling the employees not to open them. But the employees did anyway because they felt like they had no other choice. It was not an evil high-level plot. It was just dumb. It was a form of employee resistance that was channeled into fraud by bad incentives and bad management. There is a limit on how many times you can ask a guy in a hearing “this thing you did was pretty dumb, wasn’t it?” Though look for the Senate Banking Committee to test that limit.

Knowing very little about the details, back in IT-land problems like this usually mean the culture needs some tweaking.

Check out some more commentary.

According to the bank, the built-in automation of Pivotal’s cloud platform allows it to focus on delivering differentiated value, instead of being caught up with systems management and IT resource procurement. This means that DBS will be able to quickly deliver services, as well as build and update next-generation applications in order to deliver a better banking experience to users.

Another Pivotal Cloud Foundry customers. Banks seem to like it.