Corporate strategy could be improved by shifting right, moving closer to the week-to-week software cycle to get more familiar with customers and changes in the market. See more on corporate strategy in The Business Bottleneck.

Plus, I discuss bottleneck removal and thinking about policy and governance as human system, not static “laws.”

4:00 – Remove bottlenecks to get better at software, always.

Doing something works better than doing nothing

When you put a new process, like agile, in place, you often realize there was very little process in the first place. Also, kubernetes at the edge, T-Mobile, and as architecture. 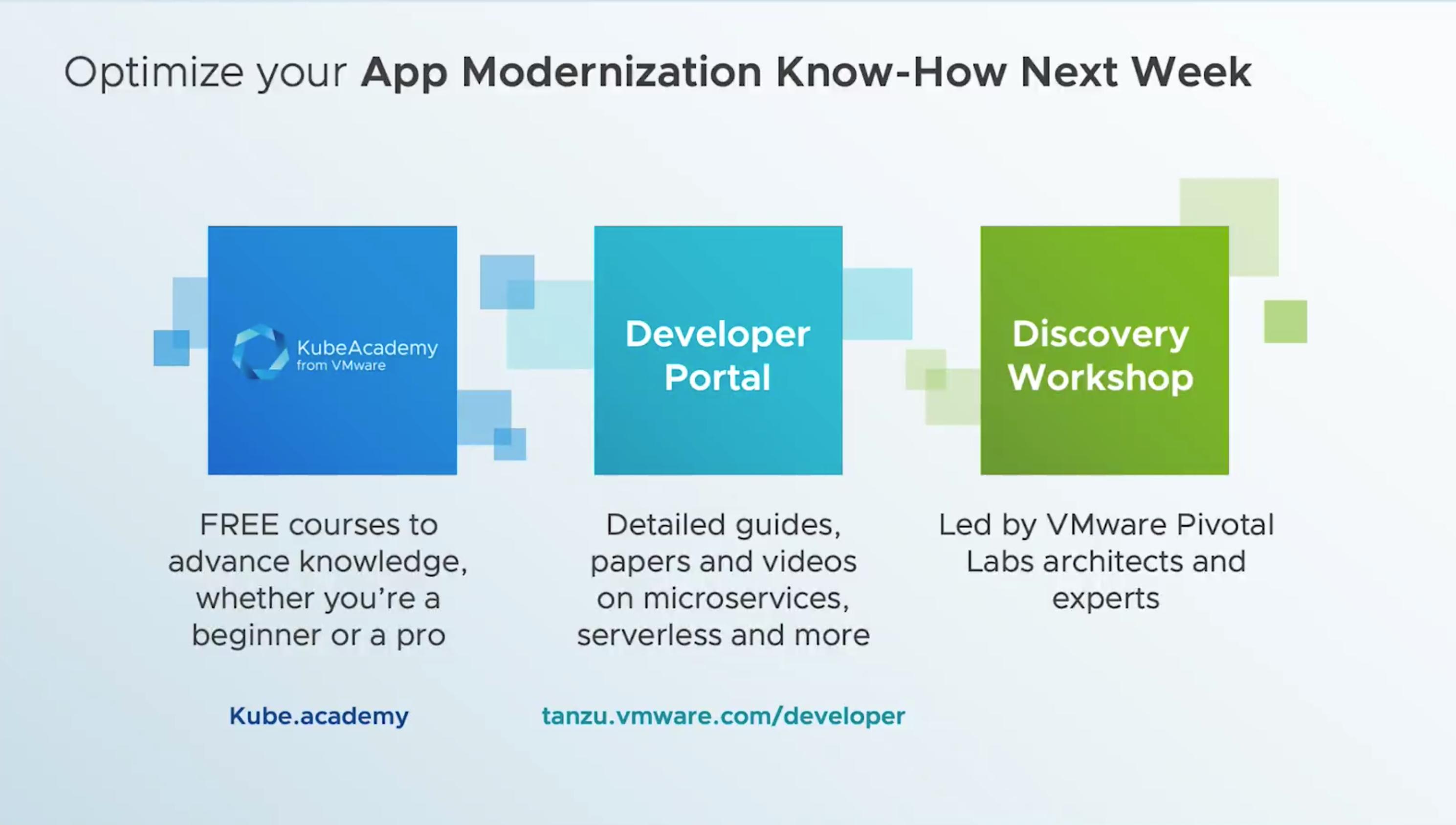 You will be deploying sets of microservice applications on fleets of edge locations, and so will need to think about and invest in deployment strategies for a variety of applications.

Questions you will need to answer include: How do we do canary deployments? When do the updates actually propagate to locations? Where does the container registry that holds all the applications sit? It’s even more important that the non-production development environment is as close to identical to the hundreds or thousands of edge sites to avoid bugs in production. It’s also imperative that application and operations teams work together to automate the blueprint using GitOps or a similar approach for the entire stack—to the point that a disaster recovery strategy can be backed by bootstrapping edge environments and applications from scratch in the event a site gets corrupted or damaged.

Original source: How Communication Helps T-Mobile Keep Its Applications Up

This is a case I’ve used a lot over the years to demonstrate the value of doing user testing, and having a small batch, lean designer mindset in place.

One of the big elements of lean methodology is to determine what in your plan might be an assumption rather than a fact and then come up with a way to test those theories before fully building out a product.

While the product is still new and continues to be considered a soft launch, taxpayers have initiated over 400,000 sessions and made over $100M in payments after viewing their balance.

Original source: “Your IRS wait time is 3 hours.” Is lean possible in government?

Kubernetes Provides a Common Interface – Another big benefit we didn’t totally expect when first using Kubernetes is the simplicity a common interface offers. Right now, CockroachCloud runs on GCP and AWS, and we have plans to expand. Kubernetes offers a consistent way of running production across clouds. And that’s powerful.

There’s a distinction here between something like “portable executable” and “common interface, API, and architecture.” I get tired of my own analogy here, but kubernetes has the potential to be like J(2)EE as leveler for One Architecture.

Reading between the lines, it seems that the advantage of using Kubernetes in flight is that it allows multiple software packages to be run on the aircraft’s mission systems (the ones used for working the onboard cameras, basically) without being dependent upon a single hardware environment – or requiring long and costly recertification of multiple software packages running on that single hardware environment.

I’m not sure it’s positioned that way, nor used that way enough to know if it’s true or good, yet.

Original source: How to Run a Software as a Service on Kubernetes

The Order of the Occult Hand is a whimsical secret society of American journalists who have been able to slip the meaningless and telltale phrase “It was as if an occult hand had…” in print as a sort of a game and inside joke.

In hearings last month before the House Homeland Security Committee, FBI Director Christopher Wray said the bureau conducts about 1,000 domestic terrorism investigations a year—“well north of 1,000” this year. Most of these cases, he said, involve white supremacist groups—contradicting Trump, who has claimed that leftists like antifa commit the most crimes. But Wray also said that the most “lethal” attacks come from “anti-government, anti-authority, anarchist” extremists. “We don’t think in terms of left or right,” he said. “That’s not how we view the world.”

Original source: The Michigan Kidnapping Plot Wasn’t About Trump. It Goes Deeper Than That.

Marc Zottner talks with Coté about large scale application modernization. Also, they discuss the value of starting small and constraining yourself to short time lines. Also: what does the American-speaking French accent sound like?

IT, let alone software development has a poor track record for success in large organizations. And yet: we’ll told software is not critical for enterprise survival. We’ve got to figure out how to de-risk software, then. That’s the topic today.

“There will be some IT resources, whether they are physical hardware, VMs, Kubernetes clusters or databases, that will stay in your data center or at the edge for some time or maybe forever, if it is a data regulated thing. With Azure Arc, we give you the ability to manage both centrally under one control plane from the Azure portal. Below the control plane, you can use Arc to deliver services to your edge or your data center in a hybrid way.”

Complete with laundry list of products bundled into Arc.

one of the biggest difficulties “enterprises face is not in simply delivering Kubernetes as an abstraction on compute, but dealing with the mechanics of integrating storage and networking capabilities,” McLuckie said.
…
“As we have worked with customers, this consistently emerges as one of the biggest challenges to building a functional Kubernetes based abstraction.”
…
“The challenges of dealing with network configuration, ingress routing and load balancing, etc. will be tackled at the infrastructure level with a fully integrated solution. Our goal is to deliver turnkey Kubernetes in a variety of configurations based on the needs of the business with minimal effort and infrastructure retooling.”
…
“VMware vSphere with Tanzu helps customers rapidly adopt Kubernetes by allowing them to configure enterprise-grade Kubernetes infrastructure with their existing technology, tools and skillsets.”

For example, VI admins can now turn on kubernetes in vSphere, as opposed to setting up, integrating, and managing a whole new infrastructure stack.

Original source: VMworld 2020: Can a Single Vendor Pull DevOps into One API?

Good summary of the Oracle/Google case over Java in Android. Also, good discussion if possible implications for the outcome, either way: either SW vendors will have to pay more for re-use, or legal controls in OSS licensing weaken.

The wrap-up is great clarity:

And then of course there is the cold reality of what Google actually did.
…
Google didn’t want [to work with Sun/Oracle] because it wanted to control the subsequent ecosystem. And so, the truth is, it knowingly grabbed Java, and pulled in the parts it simply couldn’t avoid using.

I’ve wanted to write a book on what went wrong with Sun for a long time: Sun WTF. I haven’t thought too much about this episode, but it’s likely a major part. In the last years of its life Sun was trying to make money by participating in large, new, growth markets – like mobile in the 2000s, “the cloud.” It has assets everywhere, but couldn’t figure out how to monetize them.

Theory (in that I have no idea if it’s true or not): it’s so difficult to make money by “participating” in a high growth market that you shouldn’t do that strategy. It’s not sustainable (see Sun’s crash after the dot.bomb when dumb money stopped buying servers?). You need a hard, protected asset (software you have to pay for) or some kind of dominate position.

Further, theory: open source is not a viable business model, if ever it was. You have to have closed source (or “impossible to get source” as with public cloud) to get revenue. We confuse open source companies with high valuations with viable businesses. Somewhere, you need something that isn’t freely available. One line of inquiry on this theory would be to look at the on-premises, multi-cloud things like Google Anthos, VMware Tanzu, RedHat’s stuff, etc.: how much of that is open source vs. proprietary. I think you’d have to look at more than the code, and the integration work to pull all the parts together (including thing like regulatory and security certification that came only with the official build of those products/suites).

Because of open source and the “free to use your ideas” mentality of Google’s position here, for years, developers have enjoyed free access to quality, for lack of a better term, “IP”: all the actual tools but also know-how to write applications (and backing services, and infrastructure). As Stephen puts it:

As a result, developers then and since have had a vast array of tools and services at their fingertips, with more software and services arriving by the day. Nearly anything that a developer could want is available, at either no cost or for an amount that is accessible for most, if only on a trial basis.

That’s another consequence to look out for: does a decision either way change that?

Original source: After ten years, the Google vs Oracle API copyright mega-battle finally hit the Supreme Court – and we listened in

Platforms are often represented in enterprise architectures, “marchitectures,” or as I like to call them, “burgers.” Today, I walk through some past, great burgers, from CORBA, to J2EE, to Cloud Foundry, and more. In doing so, I over some advice about how to find and care for your burger, especially when it comes to keeping your burger fresh.

Chargebacks! People love asking about chargebacks – “recouping” costs, metering usage. How should you think about these in cloud native land? There’s plenty of unintended side effects that can harm your overall strategy and business, so make sure to put a lot of thought into how you’re doing it, if at all! That’s today’s topic.

Coté discusses three ways he thinks about what “digital transformation” means, and then focuses on the software related one. That whole “BE LIKE A TECH COMPANY” thing people are always PowerPointing about. Also: technology actually is hard, and pre-dread.

Note that the team was very precise in describing the behaviors it was seeking and their blockers. This is critical; if you don’t do this when developing BEANs, you may end up with ersatz blockers or laundry lists that are difficult to tackle. A simple way to identify specific changes you’d like to see is to gather groups of employees and ask them to complete two sentences: “Wouldn’t it be great if we…” (which surfaces the behaviors; see the sidebar above) and “But we don’t because…” (which helps pinpoint the blockers).

Some ideas about getting specific in "be more innovative." #mindset

Original source: Breaking Down the Barriers to Innovation