Companies get complacent because there’s no reason to change. They get out of practice. A new force enters the market, and they don’t have the skills or mindset to change fast enough or well enough. Those companies that are always practicing change probably fare better, and those that innovate the change themselves probably have a better chance of thriving as well.

Both the RCA and the Seiko examples illustrate the pattern by which organizations evolve: long periods of incremental change punctuated by revolutionary, or discontinuous, change. These organizational discontinuities are driven either by performance crises or by technology, competitive, or regulatory shifts. Whereas less successful firms (e.g., SSIH, RCA) react to environmental jolts, the more successful ones proactively initiate innovations that reshape their market (e.g., Seiko).3"

Notice how Apple evolved over a 20-year period. Long periods of incremental change were punctuated by discontinuous, revolutionary change. Whereas the first discontinuity—the movement from selling one product to selling a whole line of products—was made proactively, the second discontinuity—the drive to compete in mature markets and to reestablish market leadership—resulted from a performance crisis. Both revolutions were initiated by new senior teams. Incremental changes were needed to increase the fit among strategy, structure, people, and culture in the short term. But while absolutely necessary for short-term success, incremental change is not sufficient for long-term success. Different stages of a product class require very different competencies, strategies, structures, cultures, and leadership skills. As we discuss in Chapter 7, in emerging markets, new technologies, innovation, and flexibility are critical. In mature markets, by contrast, cost, efficiency, and incremental innovation are key. These transitions must be navigated by discontinuous organizational change—either proactively or reactively. It is not by chance that Steve Jobs was successful at Apple until the market became more differentiated and demanded the skills of John Sculley. Nor is it surprising that, as the industry consolidated and competition emphasized costs, operations-oriented managers, Michael Spindler and, in turn, Gil Amelio, were selected to reorient Apple" 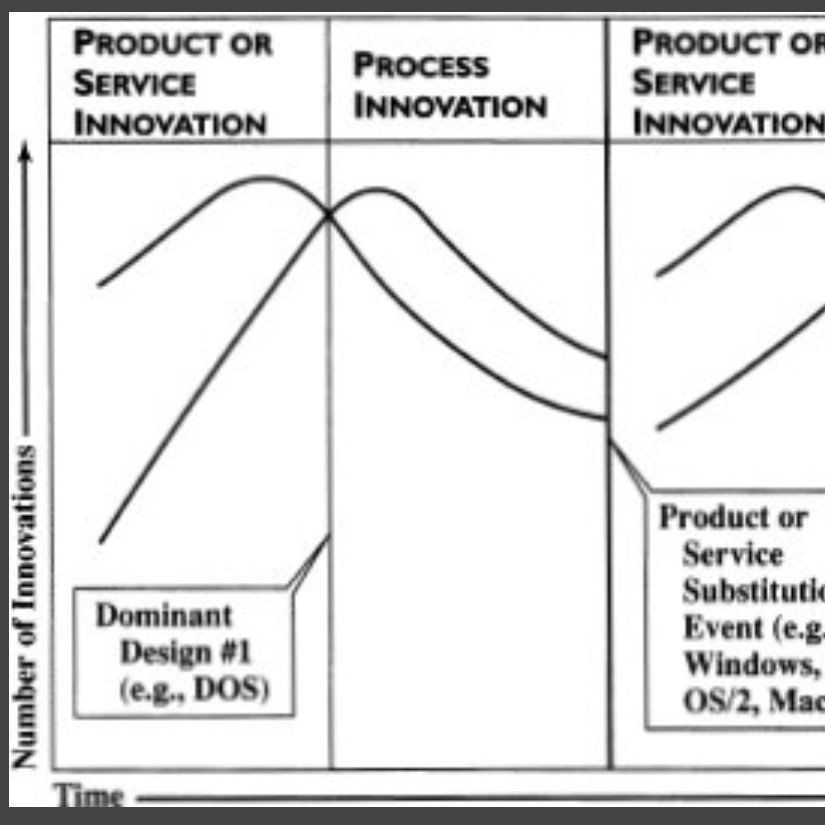